We go out for dinner.  As we’re finishing the meal, a young man with a recorder appears.  He begins to play. 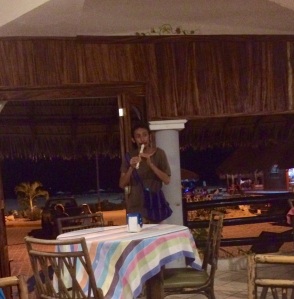 My granddaughter is mesmerized. 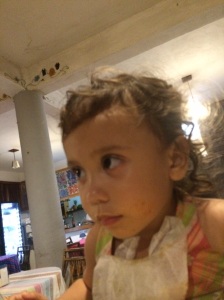 Her mother and I are amused. 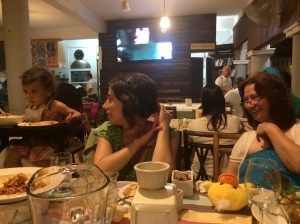 I take a video of him, and of her watching him.

But when he comes over to talk to her, she’s in seventh heaven.

Now, almost a week later, she still watches those videos on my phone a zillion times, often with almost the same intent interest as the first time.  She prefers the first one, the one of him playing, which she calls “jumping video.”  She likes it almost as much as listening to “My Girl {aka Where Did You Sleep Last Night.}

And I’m glad he’s not really the Pied Piper and she can’t get out of her highchair to follow him!

Holistic life coaching for therapists, healers - any compassionate professional who experiences second hand trauma, who wants a life that lets them shine despite the stress.
View all posts by Fausta »

Posted on November 29, 2014, in Nonna moments. Bookmark the permalink. 2 Comments.